Autism spectrum disorder, in popular culture, has come a long way since Rain Man. Autism, today, is nearer to adorable geniuses like Jim Parson in The Big Bang Theory, Or Benedict Cumberbatch in the title role of Sherlock. Changing perception about adults with autism is implying an intellectual benefit. But will the perception manage to penetrate the workforce, where adulthood autism is considered an asset and not a liability?

Thankfully, over the years, companies seem to have realized that adding adults with high functioning autism to the workforce can forge undeniable benefits that include reduced error on repetitive tasks along with a greater attention to detail.

These advantages are supported by facts. A 2014 research at a Montreal university, found that adults with autism in the workplace, compensate in a similar way to a visually challenged child who may have an enhanced auditory sense. Only in this case it leads to overdeveloped brain functions.

And this is the probable explanation why some leading IT companies seek to include adults with autism in their workforce. 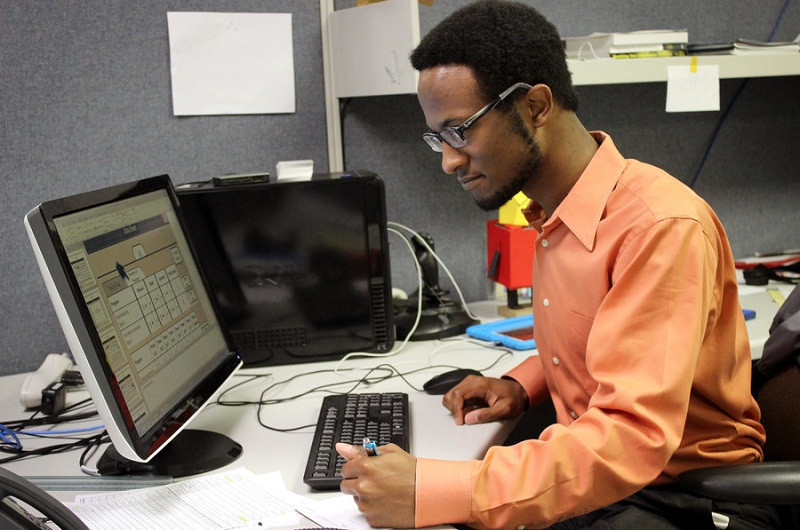 People with autism are nowadays described as having a different operating system. They think differently. Thinking out of the box, to them, isn’t just a mental exercise. It’s how they approach a problem, which is a great asset. Besides, many people on the spectrum have the ability to go deep into an issue, which is quite different from the neuro-typicals.

Several companies, these days, offer competitive salaries to autistic employees to encourage more people on the spectrum to join gainful employment. The interview process is usually rather unique. With experts on board, interviews are not the typical in-person, or one-shot over the phone. It’s rather a combination of an interview and a workshop where prospective employees are put at ease to elicit a better response and demonstrate their full set of skills.

Economic benefits aside, the push to integrate more fully the one percent population which is on the autism spectrum disorder, can harvest huge social benefits as well. While the society has become more responsive in identifying and addressing autistic children, they hit a wall once they turn adults and try to enter the workforce.

While there’s still not enough research to show how much bottomline value neurodiversity can bring to an organization, the first signs are encouraging enough.

Several adults with autism, acknowledge the cooperation and support they have got from the management and their colleagues to blend into the workforce. It’s time for other companies to wake up to hiring autistic people.